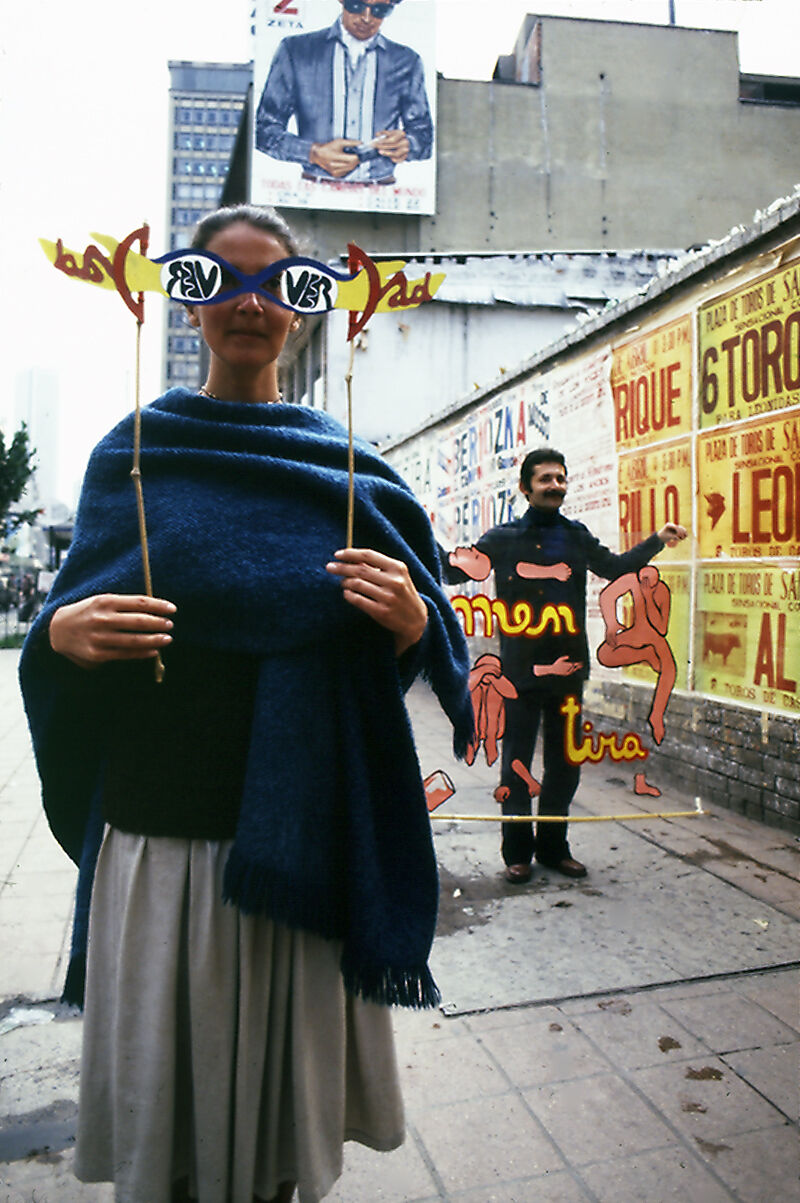 Cecilia Vicuña, Ver Dad performance, Bogotá 1977–9. Image courtesy of Cecilia Vicuña Studio and Lehmann Maupin, New York, Hong Kong, and Seoul.
I open my Instagram stories. The usual banality engulfs me. One image, however, on Chilean poet and artist Cecilia Vicuña’s Instagram feed breaks the monotony. The photograph ( depicts a large red cloth trailing from the statue of Chilean historical military figure and national hero General Manuel Baquedano. On top of the statue is a cooking pot and indigenous Mapuche Wenüfoye flags fly alongside it.
01/06/2021
The red cloth in the performance contrasts with the women holding it who are all dressed in black. Their hands and eyes are stained red, evoking violence against women. Black text on the red cloth reads “We are the visible pulse of the possible.” Plaza Baquedano, the Santiago de Chile square where the statue resides, is now popularly called La Plaza de la dignidad (Dignity Square). The bright red cloth in the photograph, symbolises the way the Chilean state spilt demonstrator’s blood as it repressed the recent wave of protest and rioting. Many people were seriously injured, and at least 23 died in confrontations with the police. The violence reminded people of Chile’s civic-military dictatorship (1973-1990) led by Augusto Pinochet when thousands of people were tortured, imprisoned, killed and forcibly disappeared.