La mirada incendiada (The Burning Gaze, 2021), which premiered this month on Chilean film streaming platform PuntoPlay, focuses on a pivotal traumatic event during the Chilean dictatorship. The film attempts to work through recent trauma, yet risks sensationalising a catastrophic event remembered by many Chileans, not least the families of the aggrieved. Sebastián Bustamante – artist, writer, researcher and curator – unpicks some of the controversy around the film and reflects on the difficulties of exploring the dictatorship through cinema. All translations are the author’s own. ...more 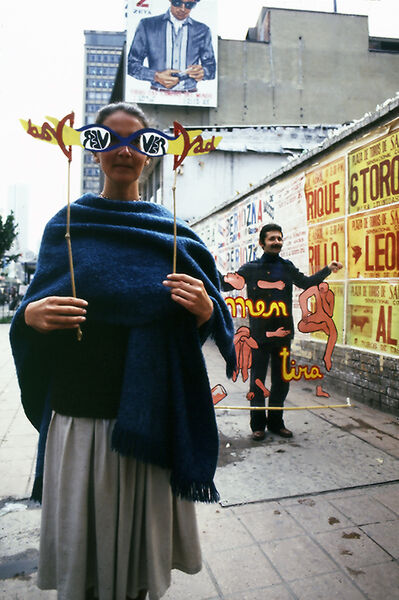 I open my Instagram stories. The usual banality engulfs me. One image, however, on Chilean poet and artist Cecilia Vicuña’s Instagram feed breaks the monotony. The photograph ( depicts a large red cloth trailing from the statue of Chilean historical military figure and national hero General Manuel Baquedano. On top of the statue is a cooking pot and indigenous Mapuche Wenüfoye flags fly alongside it. ...more

Since widespread protests started in October 2019 in Chile, social media has become a key way for artists and activists to circulate and exchange information and ideas. Independently curated Instagram feed @CollageChile has taken a particularly prominent role. The work, in form and dissemination, echoes 20th-century mail art and collage practice from Latin America, a practice that involved postcard-sized art sent through the postal system that challenged the region’s authoritarian regimes in the 1960s - 80s. ...more

THE MOOR BY ROBERT DARCH, REVIEWED BY SEBASTIAN BUSTAMANTE-BRAUNING 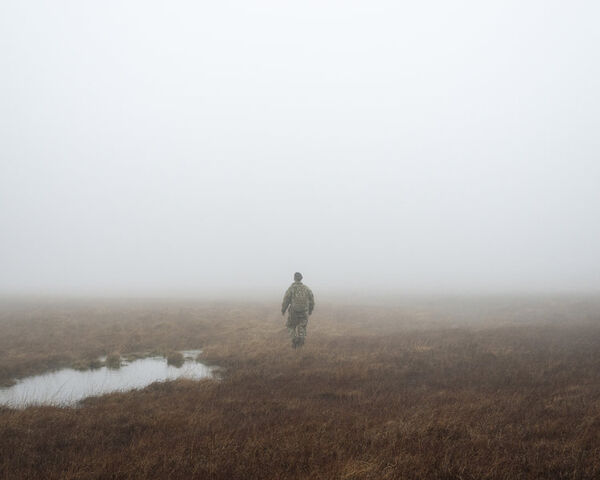 The Moor takes us on an invented journey around Dartmoor, Devon. Darch’s inspiration, Cormac McCarthy’s dystopian literature, comes across in the place and space created in this photobook. McCarthy’s literature has done much to shape our collective imagination of the American landscape whether it is though his seminal Border Trilogy on the Mexico/US border or through The Road (2006), which is the inspiration for Darch‘s photobook. ...more

Ernesto Pesce, The Raft of the Medusa Shipwrecked in the Plaza Congreso Fountain, 1983


Pesce’s monumental watercolour The Raft of the Medusa Shipwrecked in the Plaza Congreso Fountain makes clear reference to Théodore Géricault’s (1791-1824) Le Radeau de la Méduse -The Raft of the Medusa (1819). Pesce’s contemporary interpretation of Gericault’s painting belongs to a series Que viva la clase media- Long Live the Middle Class (1981-1984). The series’ title is an acerbic commentary on the Argentine middle classes engrossed by consumerism in the period following the last Argentine dictatorship (1976-1983). The artist describes the series as ‘...a critique of a degree of middle class frivolity content with the downfall of Peronism’. (1) The first post-dictatorship president, Raúl Alfonsín (in office 1983- 1989), belonged to the Radical Civic Union Party whose election marked a significant defeat for Peronism which had dominated the Argentine political landscape during much of the 20th Century. In the period preceding the dictatorship, Juan Domingo Perón had returned from exile in Spain and ruled the country for a year before his death. His wife second wife Isabel Martínez Perón succeeded him as President during a period of significant instability and was removed in the civic-military coup d'etat of 24th March 1976. During Isabel Perón’s presidency she had been granting the military increased power to use excessive force against groups deemed subversive. ...more

Autoretrato Gloria evaporada (Evaporated Gloria Self-portrait) belongs to a series of works Eduardo Villanes made from 1994-1995. This black and white photograph shows a male figure (Villanes) holding a cardboard box on his head obscuring his face. The box reads Gloria in a stylised typeface like that common to consumer products. Gloria is a Peruvian brand of evaporated milk sold in many Latin American countries. Villanes has altered the lettering on this particular box to read “gente evoporada” (evaporated people) instead of “leche evaporada” (evaporated milk). The photograph is murky and shows imperfections in the printing process, shadows engulf the figure and the use of flash lighting recalls police ‘mug shot’ photography. This photograph however, resists identifying its subject whose face is almost completely obscured except for tufts of hair emanating from the top of the box. ...more

Ernesto Pesce’s Paisaje mediático is a lithograph on paper which includes a cityscape, taxonomies of insects and astronomical diagrams. This work belongs to a series Costanera sur (1987-1990) in which Pesce sought inspiration from a nature reserve located in the Puerto Madero district of Buenos Aires on the banks of the Río de la Plata estuary. Puerto Madero served as a port for cargo ships carrying goods into Argentina at the end of the 19th century. It has since been replaced due to the need to house ever larger cargo ships. The original port has now become a popular area for fine dining and cafe culture. The Costanera Sur nature reserve was created on a former landfill shortly after the return to democracy in 1983 following the last Argentine dictatorship (1976-1983). ...more 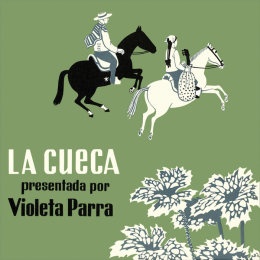 In this collection, Volume III of Parra's Folk Music of Chile series, Parra introduces us to the Cueca, a traditional folk music style and Chile’s national dance, which is sung and danced at various parties and festivities. Although Cuecas were played on the radio, Parra introduces listeners to popular forms of Cueca she recovered in her field work collecting traditional songs. Navigating Chile's thin land mass from Santiago to
Concepción, Parra heard peasants performing these songs. In her introduction, Parra identifies four types of Cueca: the short Corta, the waltz Valceada, the long larga voluntaria, and the Balance/obligatoria where the singer individually calls on a man and then a women to dance. Casting herself in the role of ethnomusicologist, this intense musical investigation of Chile's popular folk song traditions went on to greatly influence Parra's own songwriting. The connection with her country's traditions earned her the reputation as Chile's foremost poet and folk singer. ...more 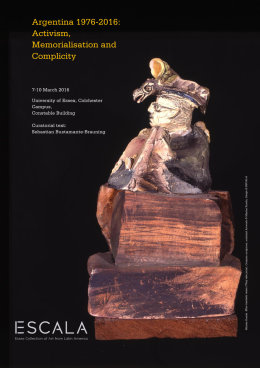 To fit history into discreet moments is a difficult task. History conceived of in linear fashion can be as detrimental as it is useful for those wishing to understand the past. A preface is needed to understand the rationale behind choosing a time period between 1976-2016 for this week of events and temporary exhibition at ESCALA’s new Teaching and Research Space using the collection’s holdings of art from Argentina. This year coincides with the forty years since the last military coup d’état in Argentina on 24th March 1976. This moment was followed by a period of intense repression during what the military junta termed the Proceso de reorganización nacional (National Reorganisation Process). The repression had started before this moment in different parts of the country but it is this date that, since 2006, has been the Día nacional de la memoria por la verdad y justicia (National Day of Memory for Truth and Justice) in Argentina and prior to this date it was an important day for human rights organisations. ...more
Next
Previous